Mineral Formations and fossils in Mangingisda 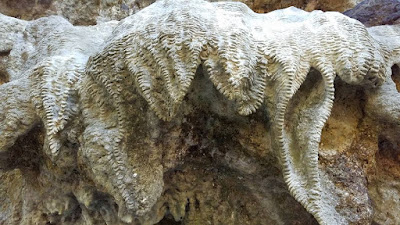 I have been recently told, that due to the mineral wall being exposed to the elements, it is no longer as I have photos of. It's a pity no moves were made to protect them. I did try to.


Just across Puerto Princesa bay is a small peninsula called Mangingisda. It is a 35-minute native ferry boat ride from the Puerto Princesa fish port at Baywalk! Not only is there a local beach called Puting Buhangin, with white sand and no maddening crowds on weekdays in summer, nearby these mineral formations have been found. They have only recently been made public by Raffy Piccardal who discovered them growing up in the area, and which he shared with me late last 2016. They are not in a cave, like the Underground River, nor maybe as spectacular, but they are still worthy of enjoying and they are very accessible by a short 6-minute walk along the seashore.

We have been trying to get them protected before we expose them to the general public, who have already written graffiti on the nicest specimen. We are also working on making a livelihood for the local residents as guides after they are trained to do so.

When we get them protected, I am proposing a nice day trip to the white sand beach, dolphin watching, snorkeling, and viewing of these mineral formations for those who like the "off-the-beaten-track" sort of tour. Most people lately have been winding up in El Nido, and although the karst cliffs and pristine waters are spectacular, they are seething with tourists. The town of El Nido is over-crowded to boot.

Here is a link to an online ABS-CBN media article. http://news.abs-cbn.com/news/04/26/17/govt-urged-to-protect-seashell-fossils-site-in-palawan

Until we get them protected, here are some photos of them that someday, hopefully you can see for yourself. 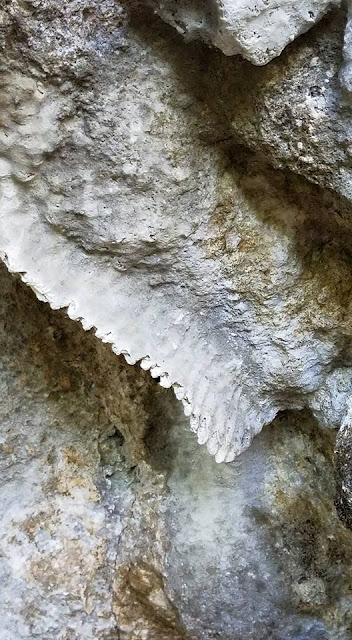 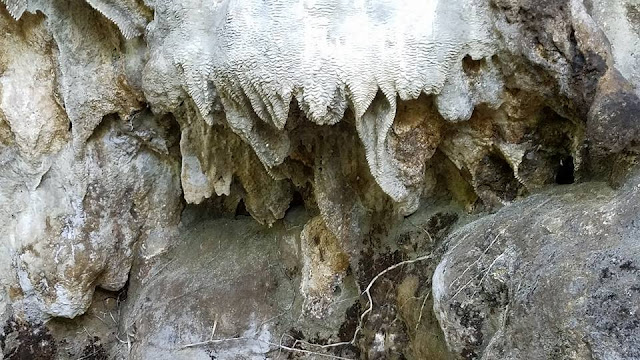 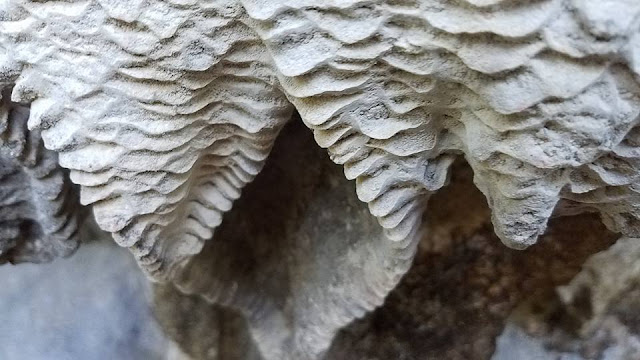 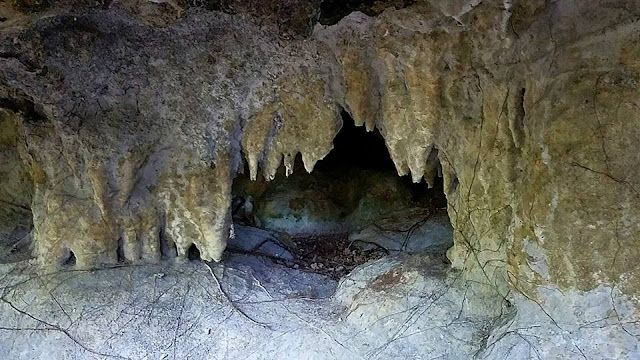 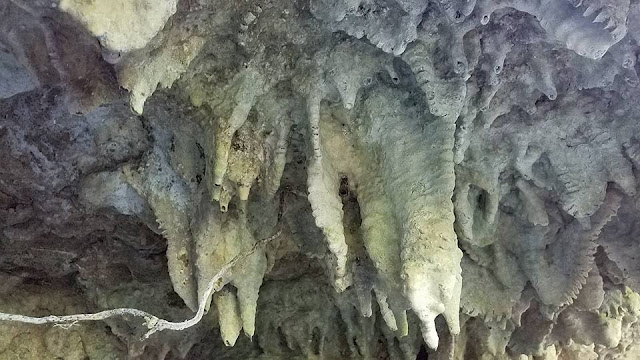