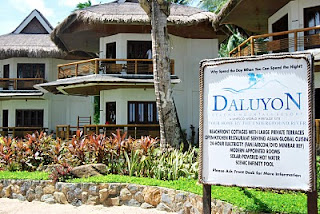 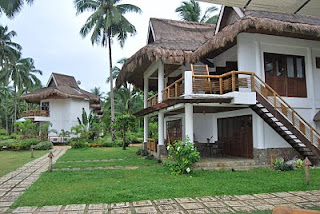 One of our favorite beach resorts, a little over an hour and a half drive from Puerto Princesa is Daluyon Beach and Mountain Resort. It's the only real upscale resort in that area. It's not an inexpensive place to stay, but everything there is run on large generators so I can imagine how expensive that is to operate.
It also just happens to be very close to where you take the tour to the Puerto Princesa Underground River, a mangrove tour and hiking trails.


They have an airy restaurant surrounded by ponds filled with fish and the occassional monitor lizard trying to escape the heat in the summer months, which are Feb., March and April. The beach front is kept clean, there's a beach side bar, and they even have a swimming pool if you prefer fresh water.
One great thing is that they have WIFI in the restaurant and satelite TV. 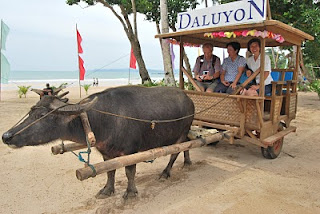 This photo of the carabao, or water buffalo cart was taken when we went to Daluyon in July, the rainy season. The car wouldn't pass the muddy road to the resort so they sent this Buffo-cart to fetch us up at the beach at Sabang where we could park the car.

There are other tours to take while at this resort like a hiking trail up the limestone mountains, a mangrove paddle boat tour, and a waterfall is not to bad a hike either.
This is the restaurant. 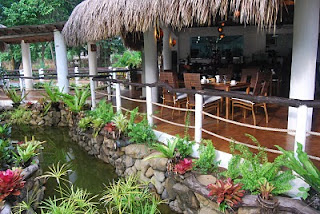 Shot from the restaurant looking out at the cottages. 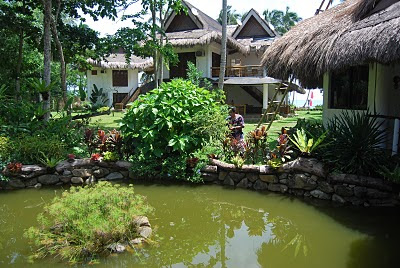 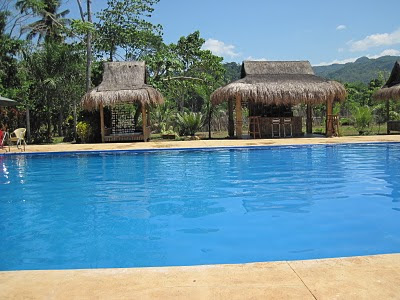 Nice refreshing pool. I took this in late February 2010. We have been to Daluyon in July, the rainy season. The waves on the beach and the pool are too cool for me to swim in at that time. 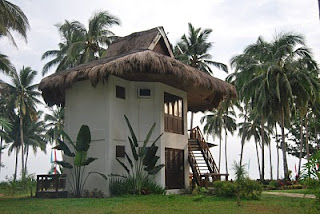 To find out more about Daluyon Resort, go to their website at: http://www.daluyonresort.com/ 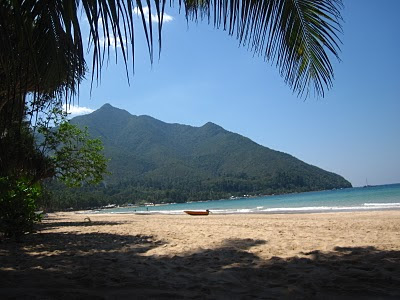 The beach in front of Daluyon Resort. In Feb and March, the waves are manageable. Not sure about April. Will have to go back then and let you know! 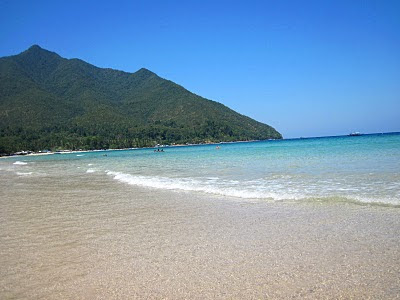 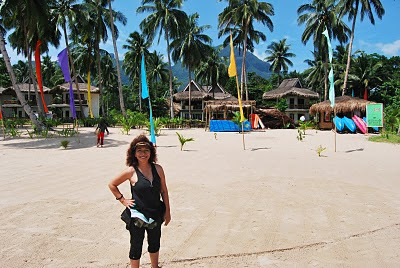 Me and Alysha enjoying the water on the beach at Daluyon. Be sure to wear sunblock! We did..the sun is very strong this part of the world!

Megan TTT said…
hi there, i really like your blog, very informative. I am going to Puerto Princessa coming November. Just wondering whether I should stay in Daluyon (which is quite far according to your blog) or Mountain's bay?
Do they offer any 4 days 3 nights package? Which activities are the MUST GO one?
Thanks! Meg from Malaysia
July 1, 2010 at 3:51 PM

Diana J. Limjoco said…
Hi Megan,
Depends on what you want to do Dalyon is a resort surrounded by beautiful ocean and limestone mountains. It's a destination and there are hiking trails, mangrove tours and the Underground River nearby.

Mountain Bays is a spa and off the beaten track so you can't even walk to anywhere interesting, but it's close to town and they will call a trike or have a van take you to town. Not much to do in town though.
Diana
July 1, 2010 at 9:05 PM

Karl said…
There are lots of activities to do in Palawan Resorts, enjoyable for a solo traveler, a family, honeymooners or a group of friends.
September 22, 2010 at 12:49 PM

jacigurl said…
Hi, do you happen to know how far is Daluyon to the Underground river? Can you walk or have to ride a banca?
January 8, 2012 at 8:13 AM