For years now, since moving to Puerto Princesa, Palawan, I have heard that the dolphin watching was quite an experience. We never went out on the bay until a few weeks ago when Dave bought his own bangka and parked it in Turtle Bay, just 1 km. in back of where we live.

When we first got here, everyone was going on and on about the Puerto Princesa Underground River. Which we have now seen thrice! It is truly amazing.

Yet for me, nothing compares to the feeling of  being surrounded by all these spinner dolphins, so close we could almost touch them.  The first time we went out, we came upon them within 15 minutes of setting out! Then my camera battery died!!!

(Since I posted this, I have been asked if you can swim with the dolphins. First, it's not allowed, and secondly, the boat is moving, so it's not possible to swim with them.  Once you spot the dolphins, one has to literally catch up to them in the bangka. Once they spot you, they will slow down and then swim along side the bangka. Then they will disappear again and surface somewhere else. Then you have to head out to them again. So it's sort of a gentle chase situation.) 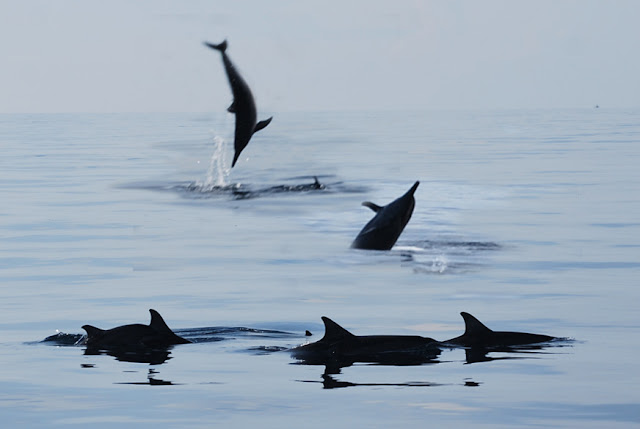 The second time we brought a friend and her son, but the waves were pretty high and we only caught a glimpse of a large school in the distance before it was time to get back to shore.

This last time, the day before my 64th birthday, we went out and got to the spot at around 8am. Lo and behold, dolphins to the right, then to the left and pretty soon spinner dolphins were everywhere we looked!

I think it was the most amazing, wonderful and magical experience of my life and I will never forget this day with the dolphins. 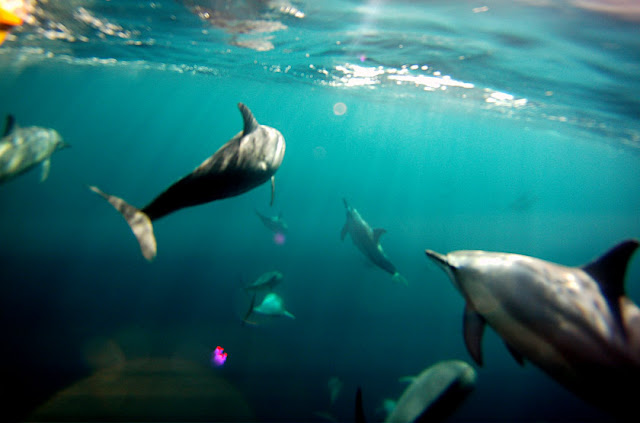 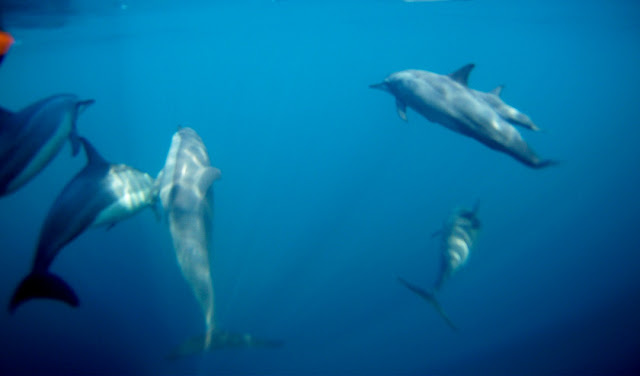 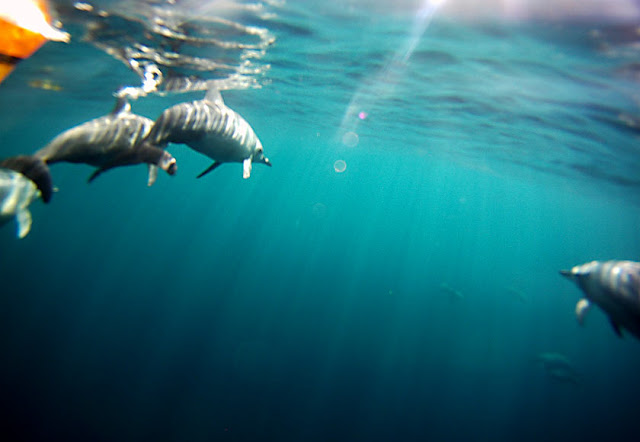 I read somewhere that the dolphin watching season begins here in June, but this was August when we first spotted them. We saw just as many again in early September as well.

One has to be careful this time of year because the Habagat (southwesterly winds come up around 11 am).  There are tours you can buy at most of the tour guide agencies in town and they will have the schedule.

We are lucky we can go out anytime we want since we now have our own bangka. It's best to leave very early in the morning when the seas are calm.


Here are some other links about the spinner dolphins in Puerto Princesa, Palawan.
http://www.visitpuertoprincesa.com/index.php?option=com_content&task=view&id=107&Itemid=203

Another blog about this experience:
http://myonebigtrip.wordpress.com/2010/07/13/puerto-princesa-dolphin-watching

A video on YouTube, not the greatest but it shows how clear the water is and how close the dolphins get.
http://www.youtube.com/watch?v=ocRPNH2NBdY

Palawan Resorts said…
I enjoyed reading your blog. Great pictures you have here! Seems like I am in the place too! :)
September 13, 2012 at 2:16 PM

Diana J. Limjoco said…
Hi, thanks for dropping by. Is that your resort across our cove in Turtle bay? I love it...when will it open? We will be your best customers if you open a restaurant and we always have guests to put up!!!