The festival commemorates the founding anniversary of the City of Puerto Princesa highlighted by balayong tree-planting, street dancing and colorful floral parade depicting the Palawan Cherry Blossoms from which the festival derived its name. 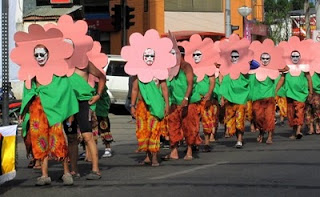 A merry mixture of socio-civic, cultural, historical, and sports activities are part of the run events. At the ‘Tabuan’ parade (tabuan means ‘marketplace’), farmers fisherfolks, market vendors, traders and buyers showcase the city’s best products and revel as a thanksgiving for blessings and bountiful harvest.

The week-long celebration culminates with the awarding ceremonies for outstanding accomplishments by notable Puerto Princesans and the crowning of Ms. Puerto Princesa. 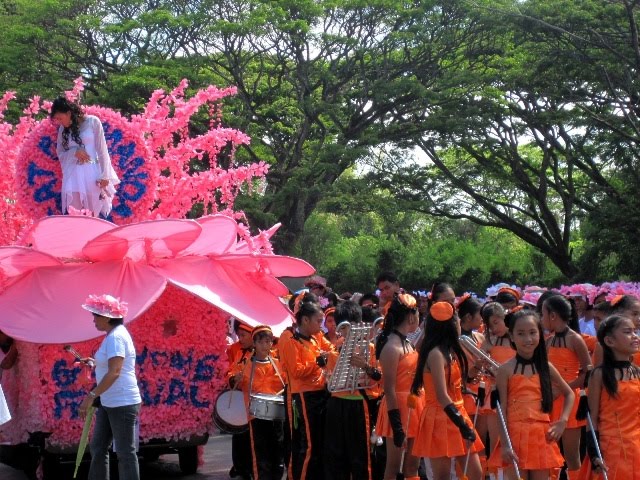 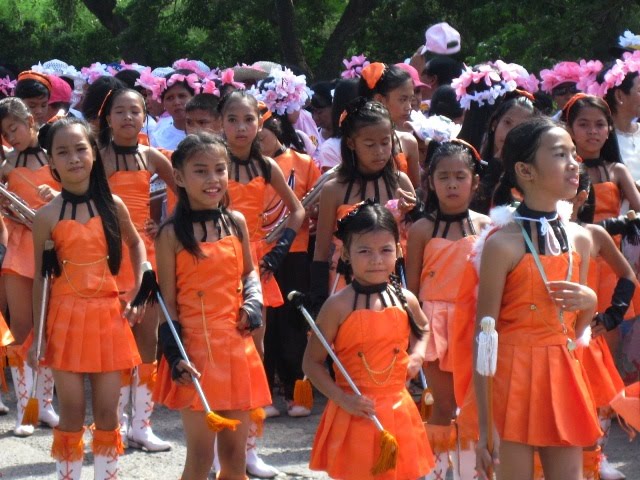 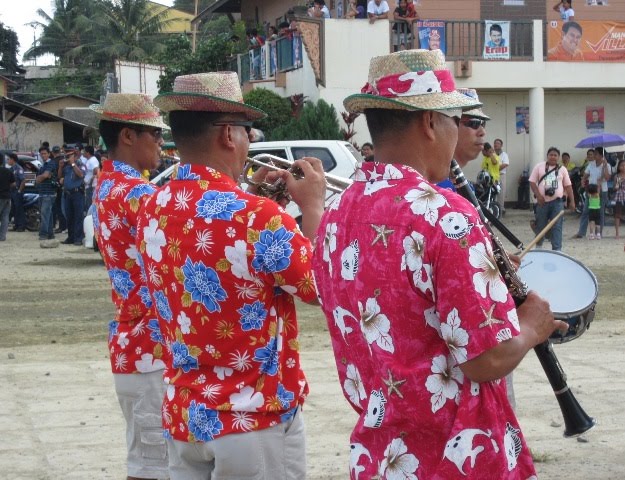 Ramon Manzano III, driving the new PPC Eagle electric tricycle in the parade. Montri moved to Puerto Princesa with his wife Monica Eleazar Manzano, who happens to one of my first cousin's daughters. She is now teaching Yoga classes at a local artist habitat called Bahay Kalipay and she also sells natural baby products. They are both very enterprising and I feel a valuable new asset for this, our new home. 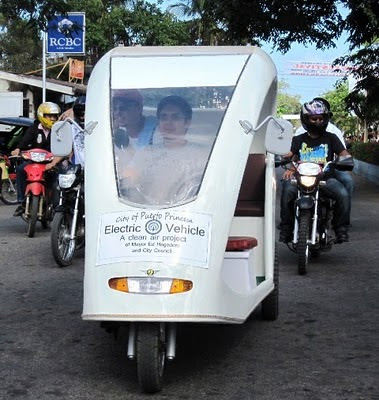 We were lucky enough that Mayor Ed Hagedorn decided to ride in the Green Tech Eco Center electric trike the city bought from us. He stopped to wait up for the Vice Mayor and a lady fed him some turon. A native snack. That's me with the blue hat.

Anonymous said…
can you post some information about our palawan cherry,like the history,scientific name,uses or its picture..
October 19, 2010 at 10:17 PM